Good faith as a necessity in working with developers. 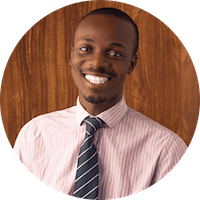 There are two professions we as humans engage with (when necessary) that have rules of engagement dictating how we work with them. It is commonly known that you shouldn't lie to your doctor or your lawyer as it can have very damning consequences for you. I do however feel that the sage advice above is behind on the times and needs to be updated, permit me to add to that small list.

I believe one should never lie to their doctor, lawyer, accountant or software engineers. A lot of individuals and corporate entities have concerns with making their code base (which is literally all the code that is responsible for any technological infrastructure the organization is running on the internet) available to the software engineers contracted to work on said code base. It may sound like a good idea to not disclose too much of the code however you're practically limiting the ability of the software engineer to solve the problem that necessitates the presence of said software engineer.

I remember being to work on a project but facing resistance from the CTO (chief technological officer), while I was originally to refractor the project however due to the unwillingness of the CTO to share the source code I went online and used my developer tools to inspect the web platform. I quickly realized that the CTO who was taking credit for the platform didn't build it as claimed. When I revealed my findings to the CTO I was instantly granted full access to the code. Eventually I had to rebuild the entire web platform due to the the insistence of the organization.